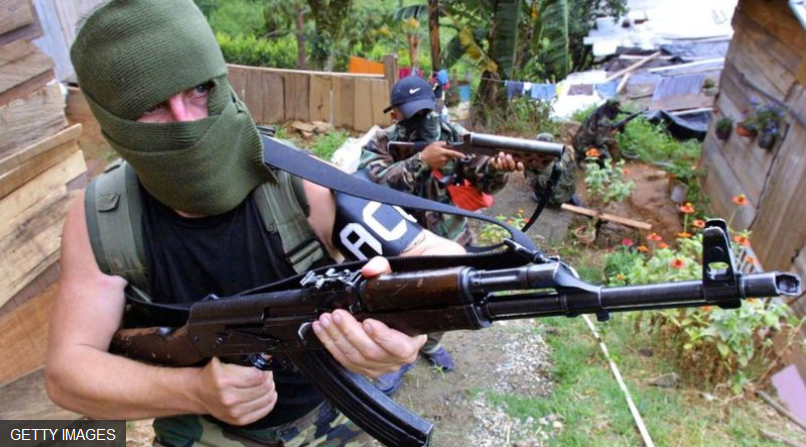 Social and Religious organizations urge the Duque government to comply with the Peace Agreements signed between the FARC-EP and the Colombian government.

COLOMBIA| Social and Religious organizations denounce the forced displacement of 70 families from the community of “La Plaza”, a rural zone in the Lloró municipality, towards the urban areas due to threats and intimidations from the Narco-Paramilitary group “Clan del Golfo” (Gulf Clan) which is also known as the  “Autodefensas Gaitanistas de Colombia” (Gaitanist Self-Defense Forces of Colombia).

The Narco-Paramilitaries arrived at the community on Thursday, September 2nd, and “in the hours of night on that day, uniformed men violently removed all residents from their homes, without any distinguishment (…) they asked for the representative of legal counsel of the Local Community Council and for other leaders, threatening to murder people if they did not come out” point out the organizations.

The harassment, death threats, and the several days of looting were the trigger that initiated the displacement of 70 families that resided in La Playa, forcing them towards the urban areas in search of guaranteed conditions of safety.

The presence of the paramilitaries in Lloró and the rural zones is known even by the Municipal Chairman, informs a person who does not provide public identification out of fear for their life.

In the face of these facts, the Municipal representative Freddy Alexander Abadía proclaimed that City Hall offered immediate assistance to the people who arrived at the capital of Lloró, providing them with food, housing, basic sanitation, and clothing.

Meanwhile community organizations denounce the displacement, including the Major Community Council of Popular Organization and Farmworkers of the Atrato District (COCOMOPOCA), which is from Lloró, and also the Roman Catholic Diocese of Quibdó, the Inter-Ethnic Solidarity Forum of Chocó (FISCH), and others demand that the national government “implement the Final Peace Agreement, the Ethnic Chapter, and initiate pertinent actions for the official approving and implementation of the Humanitarian Agreement Now!”